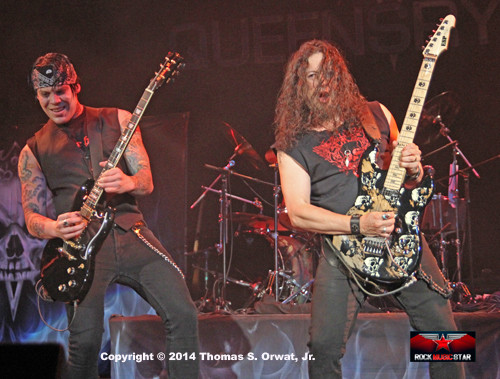 Tonawanda, NY – While the band Queensryche may not be on the forefront of today’s popular music scene, the group had no problem packing the house last Friday, at the Riviera Theater in Tonawanda, NY.  No matter how many times former Queensryche vocalist Geoff Tate claimed that they were never a “metal” band, I guarantee you that the multitude of metal heads in attendance would not only argue that point, but also tell you what a great metal band Queensryche really is.

Queensryche took the stage shortly after 9pm and showed the crowd that the secret to the success of being a great band (of any rock genre) is having great guitar riffs.  The group’s 17 song set showed no shortage of excellent riffing by the guitar duo of Michael Wilton and Parker Lundgren.  During the group’s original inception, Wilton seemed comfortable in the “No. 2” guitar seat behind original lead guitarist Chris DeGarmo (who officially left the group in 1998), however, the guitarists subsequently brought in to replace DeGarmo were clearly inadequate in filling his shoes.  So it came as no surprise to see Wilton commanding the captain’s chair in the guitar department, with Lundgren taking over Wilton’s previous position.  Classic songs like “Needle Lies” and “Eyes of a Stranger” demonstrate the band’s ability to write great riffs, and new songs like “Spore” show that they haven’t lost their touch.  The only downside to the dynamic duo’s double guitar attack on Friday night is that they had the guitars so hard panned in the PA system (with Lundgren to the left and Wilton to the right), that if you weren’t sitting directly in the center of the theater, it was hard to hear the guitars being played on the opposite side of the stage from where you were sitting.

Sound issues aside, the band put on a great performance and not enough good things can be said about new vocalist, Todd LaTorre.  LaTorre sings the Tate era songs just like they sound on the record, hitting all of the high notes to near perfection.  Aside from his vocals being slightly buried in the mix at times, the only other negative thing I could imagine anyone saying about LaTorre is that he is not an “original” member. And if that were to be said, I would easily counter that by saying that you would never see Queensryche performing a set list like they are today (primarily consisting of their first four records) with Tate fronting the band. 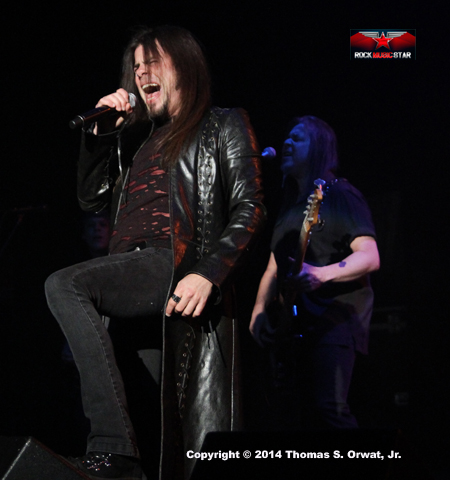 While the LaTorre fronted Queensryche is still in a legal battle with Tate over the use and ownership of the name of the group, it was clear by their performance Friday night that there is no end in sight and no signs of slowing down either.