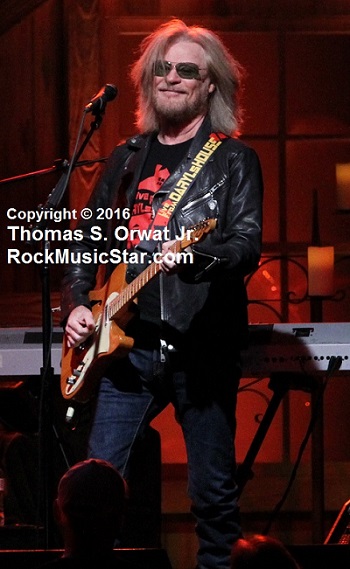 For music fans in Western New York, this performance of Daryl Hall and John Rzeznik, was a rare opportunity to see the Goo Goo Dolls-leader perform in a different and unique setting. With limited rehearsal, Hall and Rzeznik, performed together as the music dream team Buffalonians were waiting for months to see.  The platinum record selling duo provided an enjoyable set, warts and all, on this cold, early spring evening.  The appeal of these, “Live from Daryl’s “House” performances, is to keep a loose, unrehearsed feel, almost as if the audience member is getting a glimpse at a first-time jam between two musicians getting acquainted for the first time, in public. 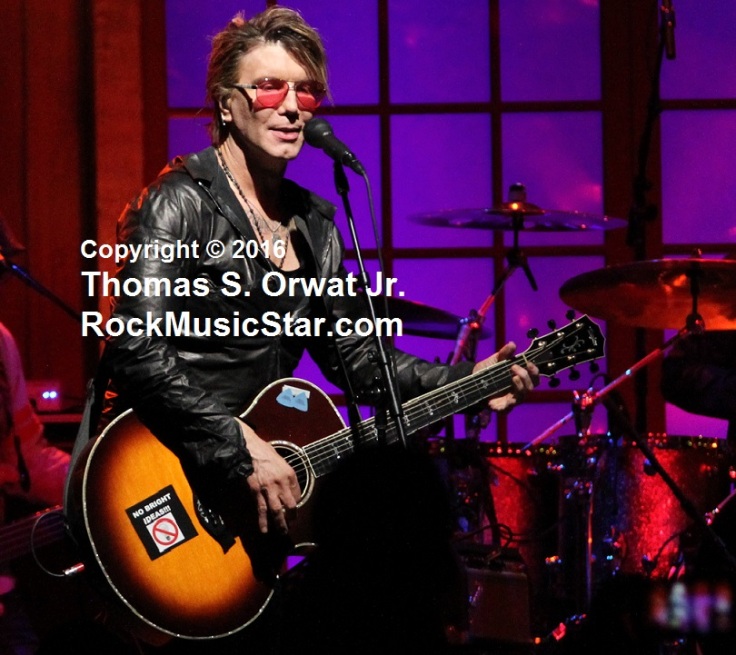 Rzeznik and Hall kept to the theme all night, keeping in constant eye contact, making sure they were on the same page for these first-time renditions of Goo Goo Dolls and Hall & Oats classics, including: “Kiss on My List,” “Private Eyes,” and “Did it in a Minute.”  Both artists consistantly gauged the crowd’s reaction, as well, as perhaps slight adjustments would be made for their following night’s performance at the Seneca Allegany Casino, a few hours down the road.

Although the two did play together on the TV music show,  “Live From Daryl’s House,” five years ago, the members of the audience of tonight’s performance did not a witness an overproduced and over-rehearsed production.

The stage was adorned with the similar “house” staging (as seen on the television series), and played all the songs at a sensible volume.  However, some of the greatest Goo Goo Dolls songs were built on “loud,” and not hearing them performed that way took some getting used to.  John Rzeznik was truly in his element, though. As we are in a time when most ‘rock stars’ are considered to be hard to work with, Rzeznik was working with “his favorite rock star,” as he proclaimed from the stage.

Half way during the performance, Hall/Rzeznik and band left the stage for a few minutes, while a video from the Rzeznik episode of “Live From Daryl’s House” showing Johnny making killer Buffalo-style hot chicken wings, played on the stage video screen. Many in the audience had already seen this clip when it aired five years ago, but it was a humorous break filled with Buffalo pride for Rzeznik’s hometown.

The band returned to the stage, rockin’ the audience with the Hall & Oates classic, “Guessing Games.”

While all of the songs were received with much love and adulation from the crowd, it was the Goo Doll’s classic of classics, “Iris,” that was highlight of the night.  The mesmerizing combination Rzeznik’s native Buffalo grit, and Daryl Hall’s rich voice was palpable, as the fans ate it up, giving a rousing standing ovation.

If anyone questioned the ‘authenticity’ of this being an almost unrehearsed show, Rzeznik proved how ‘real’ it was, as he botched the lyrics for, “Kiss On My List,” looking for Hall to bail him out of his moment of befuddlement.  Both Hall and the audience laughed it off as one of those endearing bloopers moments. 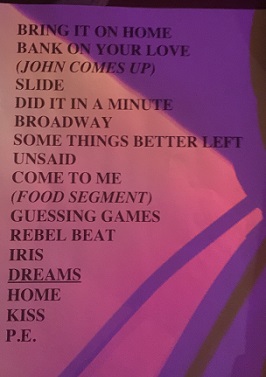 Stay tuned, right here at Rock Music Star, for many more exclusive Goo Goo Dolls updates and features during the next few months.