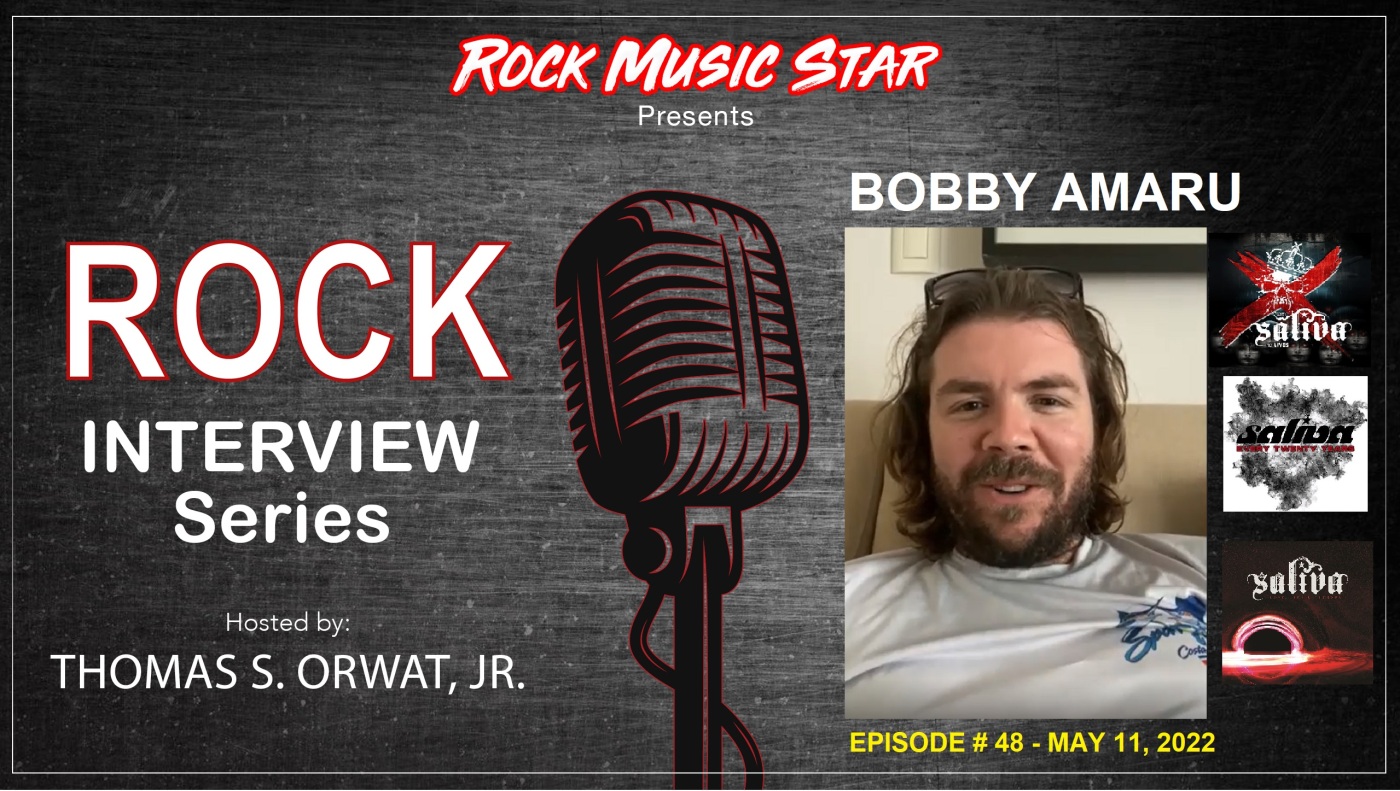 Welcome to episode # 48 of the Rock Interview Series. For this feature my guest is Bobby Amaru singer/songwriter of the hard rock band Saliva.

Amaru joined Saliva in 2012, replacing original band singer Josie Scott. Since then Amaru has been a big part of the band success with his powerful vocals, great stage presence and songwriting skills.

With Saliva, Amaru recorded two full length records: “10 Lives” in 2018 and “Love, Lies & Therapy” in 2016. In addition, The band released an EP of re-recordings of some of the band’s earlier hits called, “Every Twenty Years” in 2021.

The band will be hitting the road on June 2, and will be performing shows all summer long.

During the following interview, Amaru discusses the future plans of Saliva, the past history of the band and much more.