Rochester, NY – October 1st marked the beginning of the “Redeemer Of Souls” tour for British Heavy Metal icons, Judas Priest.  Spending the better part of last week in Rochester, NY rehearsing and preparing for the tour, Priest kicked things off on Wednesday night at the Main Street Armory, playing to a near capacity crowd, as the venue holds approximately 5,000 people.  An unannounced late start had the crowd restless, as the advertised door time was 6pm, and there were many chants of “WTF” being made from inside the non air conditioned Armory.  As the place quickly became a ‘hot box’ of sorts, not only were there fans losing their patience, but some lost their consciousness, as several people had to be rescued by security and on staff medics.  Those who withstood the heat and the delayed start time were treated to a stripped down Judas Priest onslaught which lasted around 95 minutes, featuring a set of classics, new songs from “Redeemer of Souls,” and some revived deep cuts. 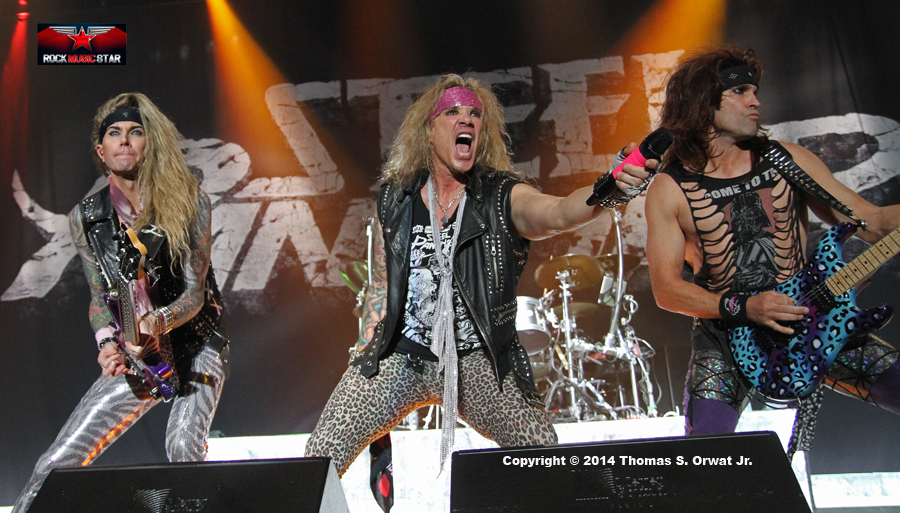 At 8:15, opening act Steel Panther took the stage to mix of boos and yells of relief, as there was finally live music being played after almost a 2 and a half hour wait.  While I imagine one of the reasons Steel Panther were selected to open the tour has to due with the fact that the true identity of Steel Panther guitarist “Satchel” is actually Russ Parrish, who played in the band Fight with Rob Halford, I still question what the true intent was in having this parody 80’s metal band on the bill.

If you’re not familiar with Steel Panther, they’re like a cross between Spinal Tap and a musical version of the “Wayne’s World” movie.  The only thing missing is Tia Carrere playing bass as “Cassandra.”  Their material is simply generic mock ups of songs from the 80’s, with over the top sexual references and cliches, the likes of which would send Beavis and Butthead into eternal hysterics.  Two songs into their set, singer “Michael Starr” (Ralph Saenz) went into a long stage rap, introducing the band members and giving some of the back story on the ‘characters’ in the band.  For example, we find out bassist “Lexxi Foxx” (Travis Haley) is openly gay, addicted to cocaine and completely vain, as he carries a little pink/purple mirror onstage, constantly checking his hair and reapplying his lip liner.  The fans who “get it” seemed to enjoy them, and for the ones who didn’t, got completely barragged by the band, as they would call out hecklers from the stage, telling them how they’d be sleeping with their girlfriends – if they had one.  Although the band played well and sounded good, for me, it was just one too many penis jokes, that got old…real fast.

Taking the stage at 10:15, Judas Priest appeared on a stage that looked the left over pieces from recent KISS and Def Leppard stages, with a main video screen in back and smaller screens strewn about onstage.  This was rather disappointing, as Judas Priest had always maintained their own identity, which included some very cool stage designs over the years, but this stage set up seemed very generic. 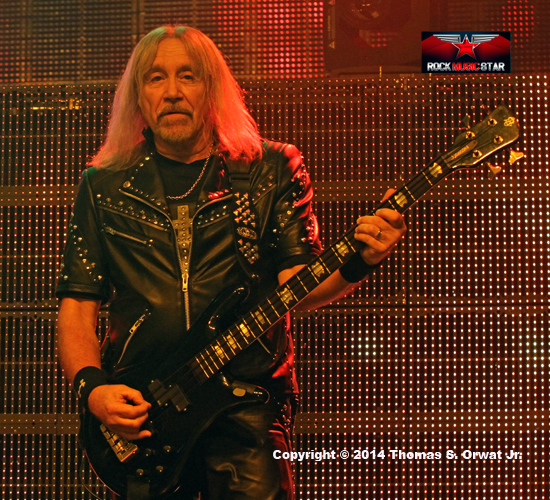 Being the opening night of the tour, musically, the band seemed exceptionally tight and Halford’s voice was in fine form.  And his stage performance was light years ahead of what he been doing in recent years, as in years past, Halford would typically stand in stationary spots on stage, hunched over the teleprompters, in order to read the lyrics of the songs.  Although he appeared onstage with a cane for the opening song, “Dragonaut,” it was merely a stage prop, as he maneuvered about the stage with ease, and asserted his command as the true ‘Metal God.’

Oddly enough, the only other really mobile member of the band was new guitarist, Richie Faulkner.  Only second to Halford, Faulkner was the star of the show.  Ian Hill and especially Glen Tipton were exceptionally statuesque on stage like I had never seen before, as there seemed to be a concerted effort to ride Faulker’s youthful energy and stage presence.  A matter of fact, Faulker was the only member to receive a solo spot, as he did a short Zakk Wylde-esque solo during the breakdown of “You Got Another Thing Coming.” 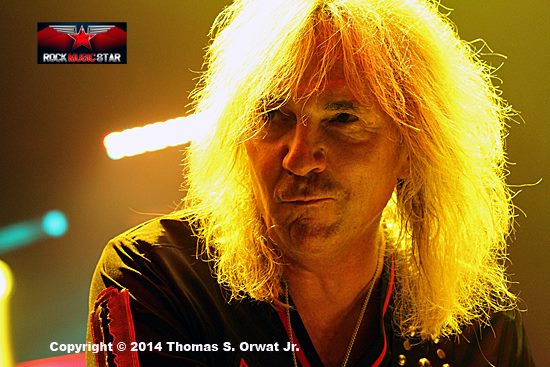 The band did a great job shaking up the set list, as not only did they play 4 new songs from the “Redeemer Of Souls” CD, but they pulled out lost tracks like, “Devil’s Child,” “Jawbreaker,” and “Defenders Of The Faith.”  The “Redeemer” tracks translate well live and sound much more Priest-like in the live setting than they do on record, considering some of the weird production choices they went with (ie: the guitar tones, etc.) on the album.  My only criticism on the deep cuts they chose was with the decision to play the abbreviated version of “Defenders of Faith” after “Living After Midnight.”  The end result felt very anti-climatic. 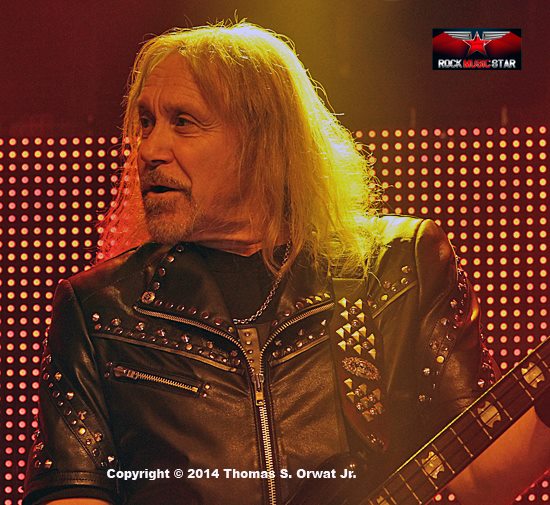 All in all, if the opening night was a good indication of how the rest of the tour plays out, it’s definitely a worthwhile show to catch.  While it’s not the band in their prime, it certainly does justice to the name Judas Priest. 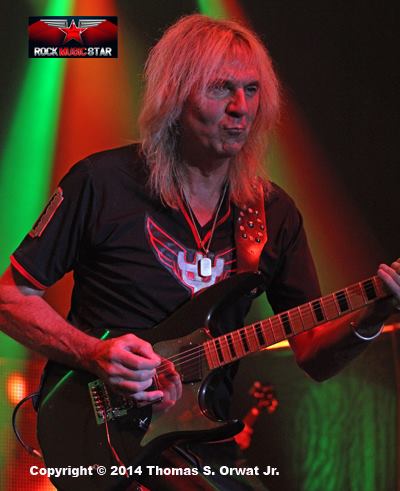 Encore:
You’ve Got Another Thing Comin’

Encore 2:
Living After Midnight
Defenders of the Faith

Special thanks to Chip Ruggieri.