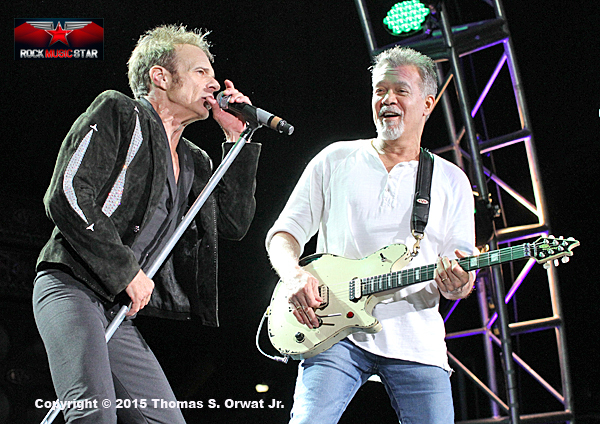 Darien, NY – The mighty Van Halen, featuring guitar legend, Eddie Van Halen, David Lee Roth – vocals, Alex Van Halen – drums and Wolfgang Van Halen – bass, returned to the WNY area, and performed in front of 11,000 music loving fans on a rainy and unseasonably cool late summer evening.  The band is currently touring in support of their recent live record, ‘Tokyo Dome.’  But, for a few days, this concert was in jeopardy of even happening.  Van Halen had reluctantly cancelled their previous concert on Sunday at Hershey Park, due to lead singer, David Lee Roth, being advised by doctors not to perform and rest his voice because he had the flu.  However, miraculously, he quickly bounced back, and became healthy enough again for the band to perform this evening, and continue their tour.   While some may of expected him to give a sub-par performance because of his illness, David Lee,  showed no signs of being ill.  He was energetic, performing a solid two hour performance, and was… well he was David Lee Roth!

Van Halen hit the stage at 8:45, and kicked the evening off with die-hard fan favorite, “Light Up The Sky.”  Eddie and Roth met center stage, both smiling, and embraced.  It was mostly likely the first time that they saw each other all day long.  It is no secret that they travel separately and keep their distance off stage.  But, in watching them perform, you would think Roth and Eddie were best friends; the way in which they interacted, smiling and hugging.  You would also think a man with a concert canceling “flu” would be wise to curtail the hugs to fellow band members. 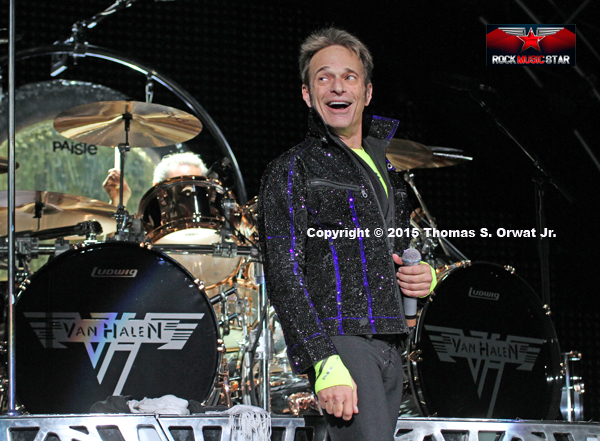 But, as Roth would allude to later in the evening, during his storytelling segment, preceding the song,”Ice Cream Man,” sick or not, they still rock for the common cause, “the team.”  Certainly, the most interesting aspect of the current Van Halen live performance is the oddball chemistry between the musical brilliance of the Van Halens, and the showmanship (and sometimes pitchy vocals) of Roth.  Although Roth, now 60 years of age, has toned down his zaniness from previous tours, he still has that element of being unpredictably corny at times, sometimes coming across as funny, or, at other times – like during the song, “Dirty Movies,” when he exposed half of his tattooed buttocks – cringe worthy. 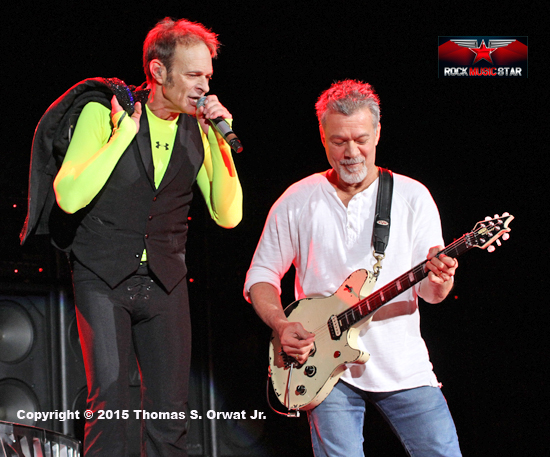 Roth also always has some interesting comments between songs. During “Dance the Night Away,” he told the audience how he use to emulate James Brown, The Temptations and Mick Jagger, in front of his mirror when he was a child.

In the middle of “Ain’t Taking About Love,” he explained that his parents told him when he was young, that if he misbehaved at the dinner table, they were going to sell him back to the Indians. He said it had the opposite effect, and he told his parents, “please do.” “I’ll just be another Jewish Indian.”

While seated at center stage before playing “Ice Cream Man,” Roth mentioned how he had lived in an apartment in Japan for the last two years. He also played some very impressive harmonica and slide guitar on an acoustic during this segment as well. 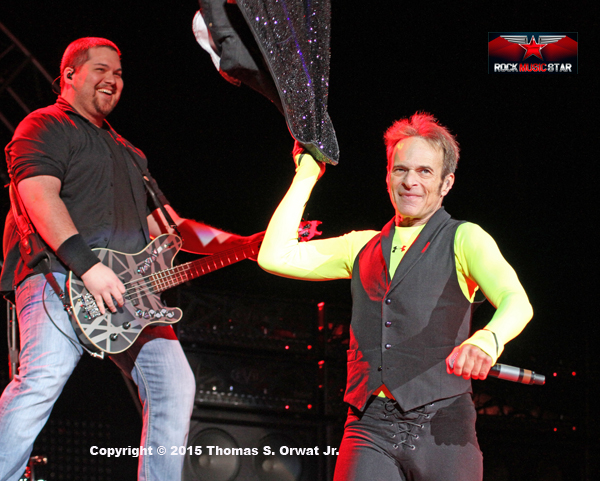 No matter how hard Roth tries to steal the spotlight – and it’s really difficult to take your eyes off of him – it is Eddie Van Halen who is still the star of the show.  He is in a great place right now; focused and playing as good, if not better, than ever before.  He was spot on perfect all night: “Hot for Teacher,” “Chinatown,” and of course, his 10-minute spotlight guitar solo towards the end of the evening.  He is absolutely a living legend, and one of the most influential guitarists in rock history. 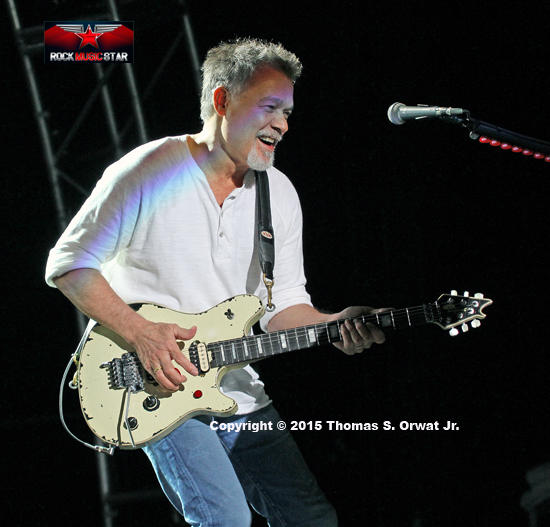 The evening ended with two of the band’s most popular songs (both from their multi-platinum release ‘1984’), “Panama” and “Jump.”  Many in the audience left wondering if it would be the last time they would ever see this line-up again.  The future of the band seems to be uncertain after this tour.  But, if this was indeed the last Van Halen show in WNY with David Lee Roth, it certainly was one in which they went out in style.  Just like any other Van Halen concert, you had to see it to believe it. 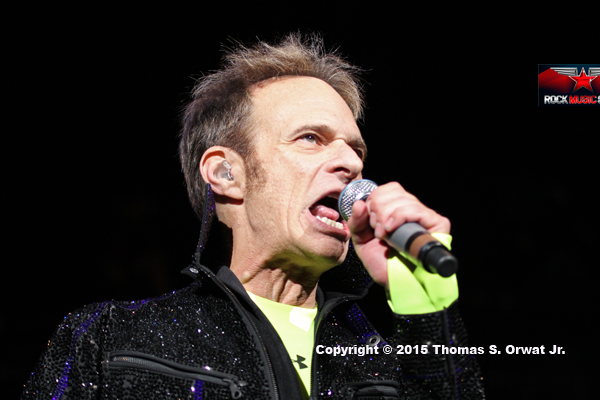