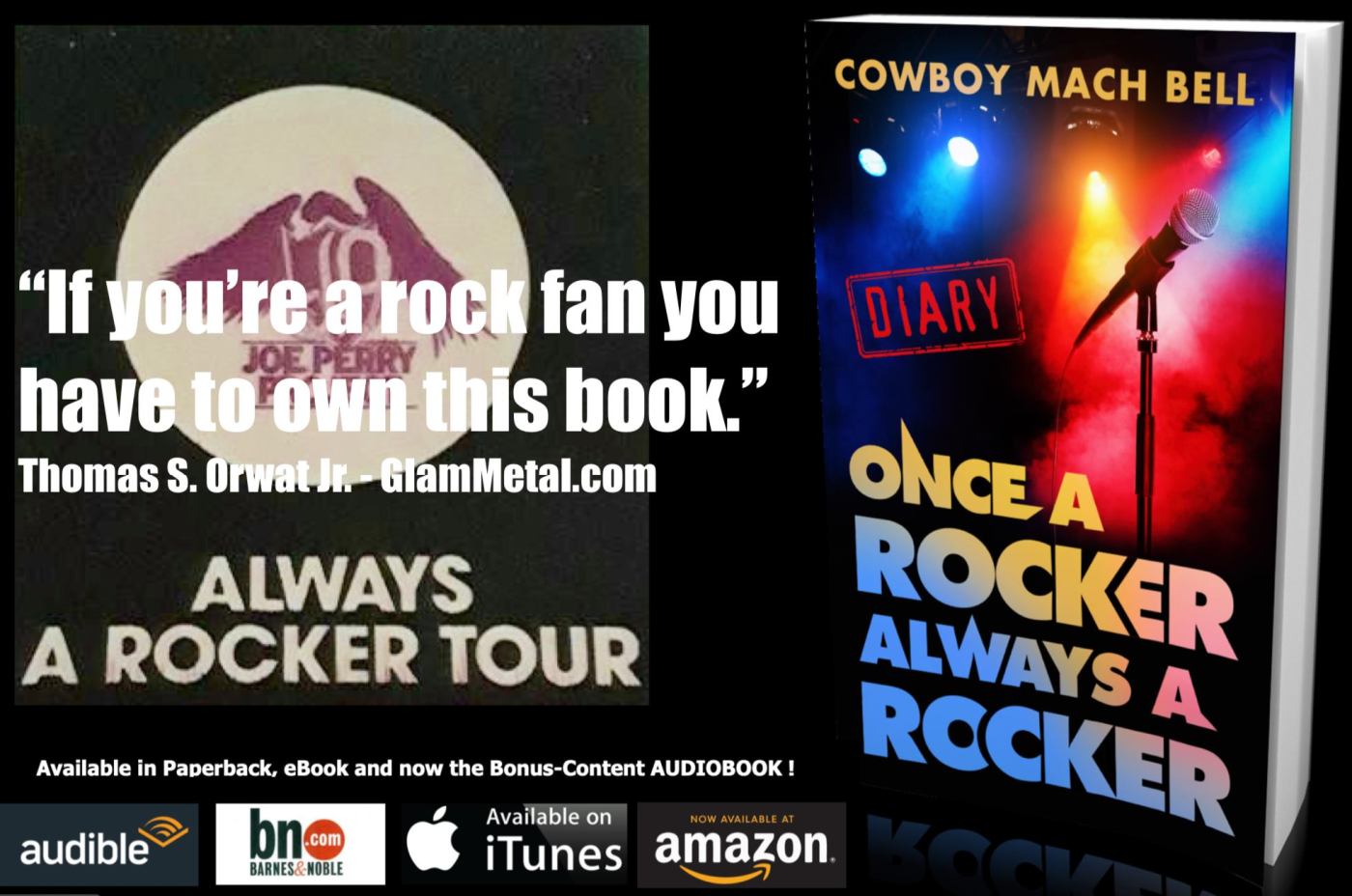 In late 1979, Aerosmith guitar legend Joe Perry left the arena-headlining, multi-platinum record selling quartet, while the band was in the middle of recording their “Night in the Ruts” record.

During his time away, Perry formed a new band called the Joe Perry Project. The Joe Perry Project released three hard-hitting records during that time period: “Let the Music Do The Talking,”(1980) “I’ve Got the Rock & Rolls Again,”(1981) and “Once a Rocker, Always a Rocker”(1983).

In 2019, Cowboy Mach Bell released a very detailed day-by-day journal called, “Once a Rocker, Always a Rocker,” which chronicled his time in the Joe Perry Project. An audio version of this brilliant and entertaining book is also available. For more information, please visit www.oncearocker.com

What follows is an exclusive video interview with Cowboy Mach Bell.