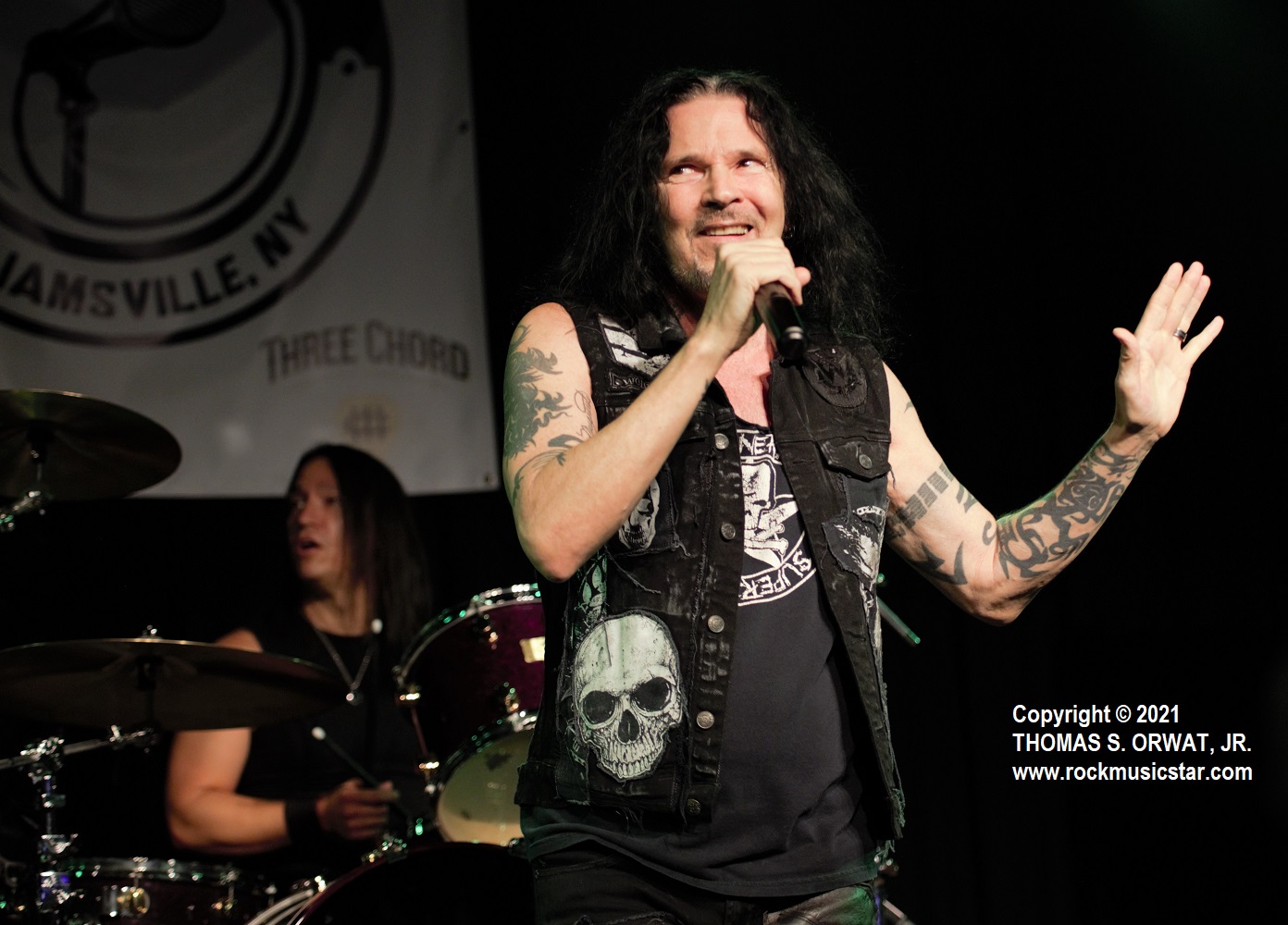 Williamsville, NY – The legendary hard rock 80’s band- Quiet Riot returned to the Western New York area last Saturday night, playing to full house at The Stage in Williamsville, NY. This show was originally scheduled to take place outside at Lancaster Motor Speedway, a few miles away, but was moved a few weeks prior. Thankfully it was, because heavy rains earlier that afternoon caused flooding all over the WNY area.

Quiet Riot, currently consists of Chuck Wright- bass, Alex Grossi- guitar, Jizzy Pearl-vocals, and for this show Mike Dupke -drums. Johnny Kelly, the band’s drummer, was unable to perform at this show due to a prior commitment to the band Danzig.

Although none of the original members of the classic Quiet Riot “Metal Health” line-up are in the band (vocalist Kevin Dubrow died in 2007, drummer Frankie Banali -died in 2020, and guitarist Carlos Cavazo, and bassist Rudy Sarzo quit the band in early 2000’s), this current line-up of all-star musicians are definitely worthy of carrying on the legacy.

Quiet Riot delivered a great show on this evening. Jizzy Pearl is an entertaining, engaging and energetic front-man. Alex Grossi has been in Quiet Riot since in 2004, and is an amazing guitarist. Chuck Wright has been in and out of the band since the early 1980’s and is one of the top bass players in rock music. Substituted drummer Mike Dupke didn’t miss a beat and did a fantastic job all night long.

Quiet Riot’s intense, loud and hard hitting 75 minute performance included many of their classic hits (see setlist below). Also included was “Blackout in the Red Room,” from Jizzy Pearl’s other band- Love /Hate, and an encore of AC/DC’s – Highway to Hell.”

Quiet Riot rocked the house. This band is one of the best out there right now, and if you’re all caught up on the bullshit of this not being the original band, go see this line-up for yourself and you will walk away with respect and admiration.

Buffalo Music Hall of Fame musician Jim Crean, opened this show with his award winning 80’s cover band Hair Nation. They played note for note perfect renditions of some of the greatest hard rock songs of the 80’s and had the crowd going wild from the first power chord to the last.