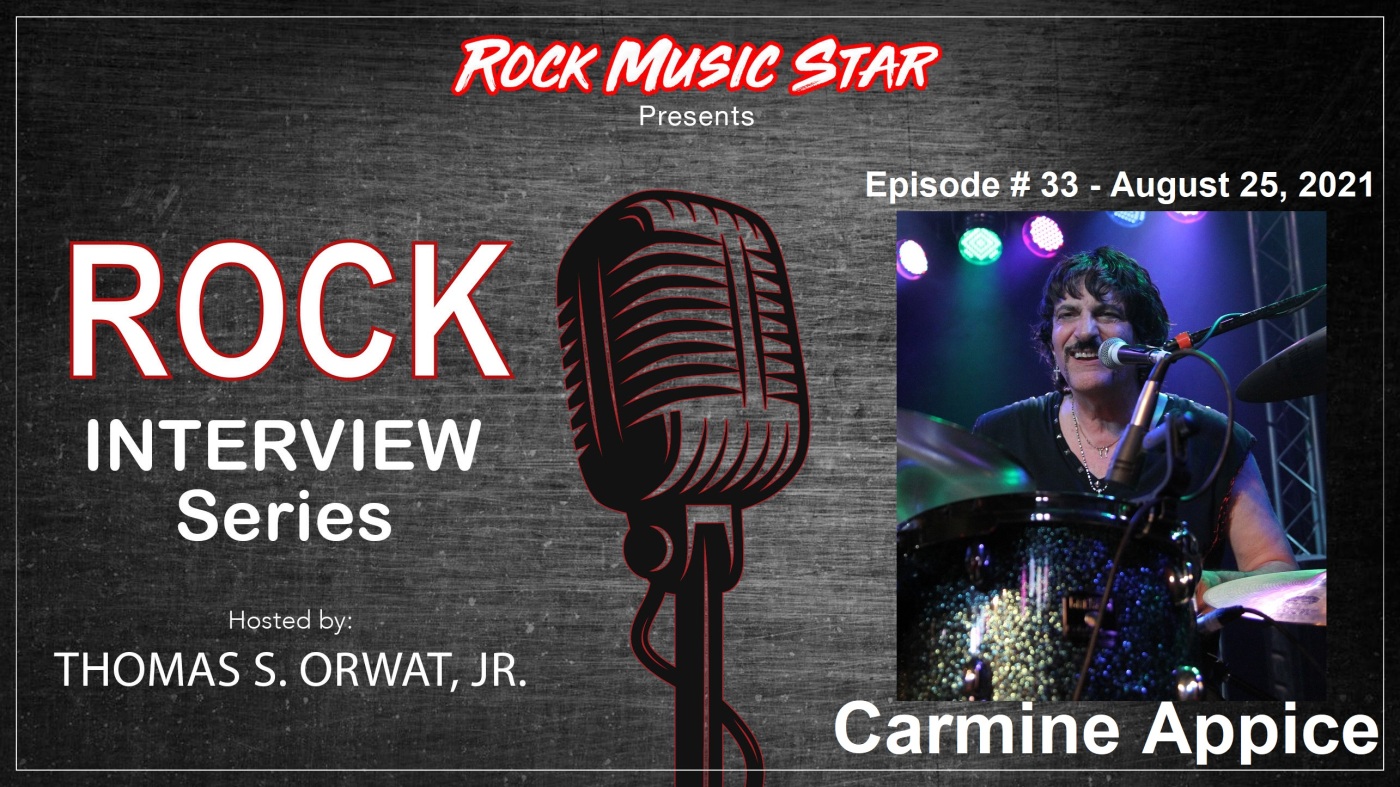 Welcome to Episode # 33 of the Rock Interview Series! For this feature, the legendary rock music drummer Carmine Appice is the guest.

Carmine started his career in the mid-60’s with the band Vanilla Fudge, and since then has played in some of the most popular bands and artists in music, including: Cactus, Beck, Bogert, Appice, Rod Stewart, Ted Nugent, OZZY, King Kobra, Blue Murder, Appice and many more.

During this interview, we focus in on Carmine’s band King Kobra, which he formed in 1984, after being fired from OZZY band by Sharon Osbourne. King Kobra just recently released a live CD entitled, “Sweden Rock Live.”

In addition, Carmine talks about his 2016 autobiography “Stick It- My Life of Sex, Drums and Rock n’ Roll,” his upcoming Drum Wars shows, which feature his Vinny Appice and Buffalo Music Hall of Fame vocalist/musician Jim Crean, and the recent death of the Rolling Stones drummer Charlie Watts.

Please subscribe to our YOUTUBE channel, so we can continue to bring you interviews and features with the legends of rock music.