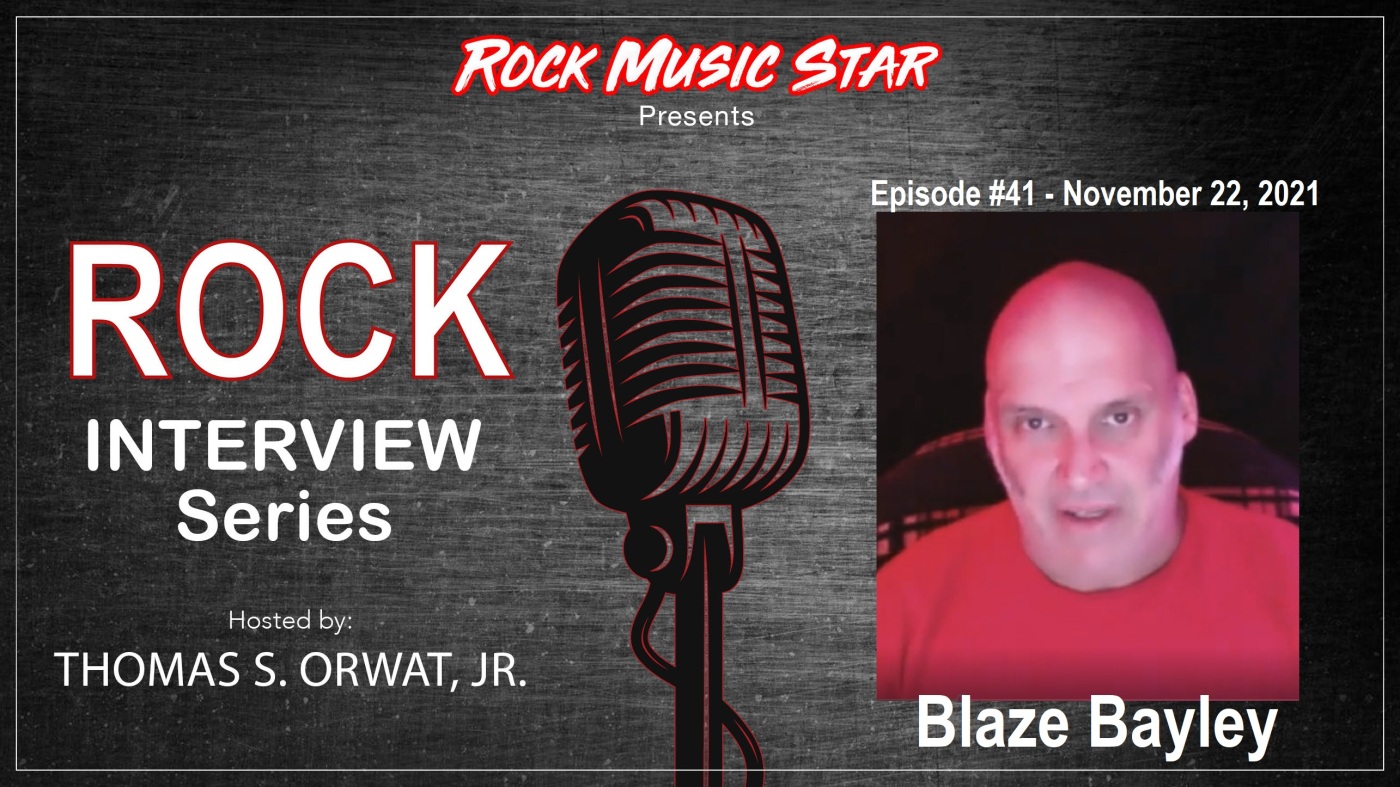 Welcome to episode #41 of the Rock Interview Series. Our special guest for this feature is the legendary metal vocalist and songwriter Blaze Bayley.

During this feature, Blaze discusses his crushing recent release entitled “War Within Me.” Blaze co-wrote this well crafted, 10 track record with Chris Appleton, who is also the guitarist in Blaze’s band. Appleton has played a significant role in the career resurgence of Blaze Bayley.

Many fans and music critics are declaring, “War Within Me” to be Blaze Bayley’s finest release of his almost 40 year long career.

In addition, Blaze talks about his time as the lead singer in Iron Maiden from 1994-1999. During this period, he recorded two studio records with the band, “X-Factor” and “Virtual XI” and embarked on world wide tours.

Please click below to watch our EXCLUSIVE video interview.