Iconic music legends, Jeff Beck and Ann Wilson prove that they still are masters of their craft.

Lewiston, NY –  The legendary guitarist, Jeff Beck along with special guest opener Ann Wilson, of Heart demonstrated that they still have game late in their careers. An audience of 6000 enjoyed a great evening of classic rock performed by two of the most accomplished, talented and gifted performers in music history. Although it was hot and muggy, this turned out to be a beautiful and memorable August night.

Opening this show,  right on time at 6:30pm, was Rock n’ Roll Hall of Fame inducted Ann Wilson. This was Wilson’s first time performing in WNY  since the nasty breakup of Heart, which was caused by a weird family feud with her sister / co-founder of Heart – Nancy Wilson, during their 2016 summer tour. (if you want details on the breakup, google it)

Ann Wilson wasted no time getting the crowd on their feet with a rockin’ cover version of the Who’s – “The Real Me.” It was established right then, that Wilson vocals are just as powerful and soulful as ever before.

The setlist of the evening, was a bit of a surprise for those expecting to hear a full set of songs by Heart, in fact only two Heart songs were played, an intense “Barracuda,” and “Alone.”

Surprisingly, Wilson performed more songs by The Who, then she did of Heart on this evening. She did three Who songs: “The Real Me,” Won’t Get Fooled Again,” and “Love, Reign O’er Me.” Also included was a really satisfying version of the YES classic, “Your Move.”

The remainder of  her set list was devoted to her new covers record, ” IMMORTAL,” coming out on September 14th.

Wilson explained mid way through the show, ” We lost a lot of great music artists over the last two years.” She continued,  “After Chris Cornell died, I decided to do something to celebrate these great poets, and recorded an album of some of their songs.” Wilson then proceeded to do the Chris Cornell -AudioSlave track, “I Am the Highway.”

Shorly after, Wilson performed an absolutely stunning version of Lesley Gore’s 1963 hit “You Don’t Own Me.” Then followed by “Back to Black” by Amy Winehouse, in which Wilson told the audience, “This is a bit of a blues based song, but I wanted to do it with a bit of a goth twist.”

Next up was a slower, but very innovative version of  The Who’s, “Won’t Get Fooled Again” which featured some great guitar work by Craig Bartok.

Wilson’s and band ended the evening with a two song encore, an emotionally passionate version of “Alone” and a powerful “Love, Reign O’er Me.” The audience really appreciated this performance and rewarded Wilson with a final standing ovation.

It would be great to see the Wilson sisters work out their differences and give us at least one more Heart victory lap tour. But until then, if that ever even happens, Ann Wilson is a gift to music lovers and will keep us all very entertained for, hopefully, many years to come. 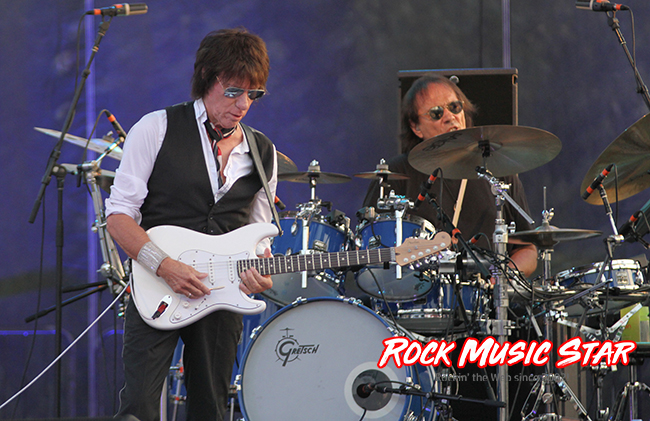 Jeff Beck hit the stage promptly at 8pm; it was his first Western New York performance since 2014. Beck, who has over his career, won 8 Grammy awards, turned 74 years old last June 24th. He quickly established himself as one of the most gifted musicians in rock music in 1965 when he replaced Eric Clapton in the Yardbirds.

In 1969, the Rolling Stones had asked Beck to join their band after they fired Brian Jones. Beck turned down the offer, to concentrate on building his solo career. During the late 1960’s and 1970’s, Beck had a string of critically acclaimed and commercially successful releases including: Truth (1968), Blow by Blow (1975) and Wired (1976).

On this evening, Beck himself, did not really address the audience, he let his guitar do all of the talking, and boy that axe was gabby. The most impressive aspect of Beck’s playing, which was demonstrated frequently on this evening, was his ability to go from normal guitar hero to beast mode with unbelievable, mind blogging, crystal clear fret work. But, he is Jeff Beck, and any guitarist or musician who has a clue, has a great respect for Beck and his talents. He is regarded as the best of the best by many. 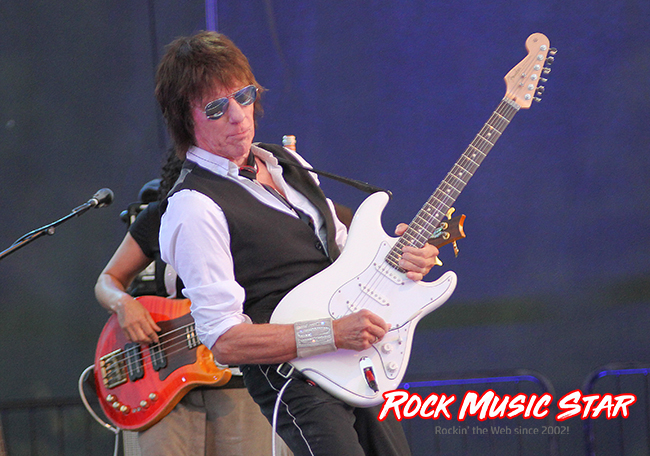 Beck is notorious for his ability to be able to play a wide variety of styles from Jazz Fusion to Blues, or to straight up Rock. His setlist consisting of many of his vintage instrumental tracks.  But there was also a good mix of vocal tracks in the set, as well, with vocals provided by the incredibly soulful blues singer, Jimmy Hall.

In summary, both Ann Wilson and Jeff Beck are in a league of their own, and put on a brilliant show, and dazzled without the use of any video screens, flame throwers or special effects.  Their pure talent was all that was required. For those of us, that are really passionate about music, that is all we want and need.

For more on the great shows this summer at Artpark, please www.artpark.net

The Real Me
Barracuda
Fool No More
Your Move
I Am the Highway
You Don’t Own Me
Back to Black
Life in the Fast Lane
Won’t Get Fooled Again
Alone
Love, Reign O’er Me