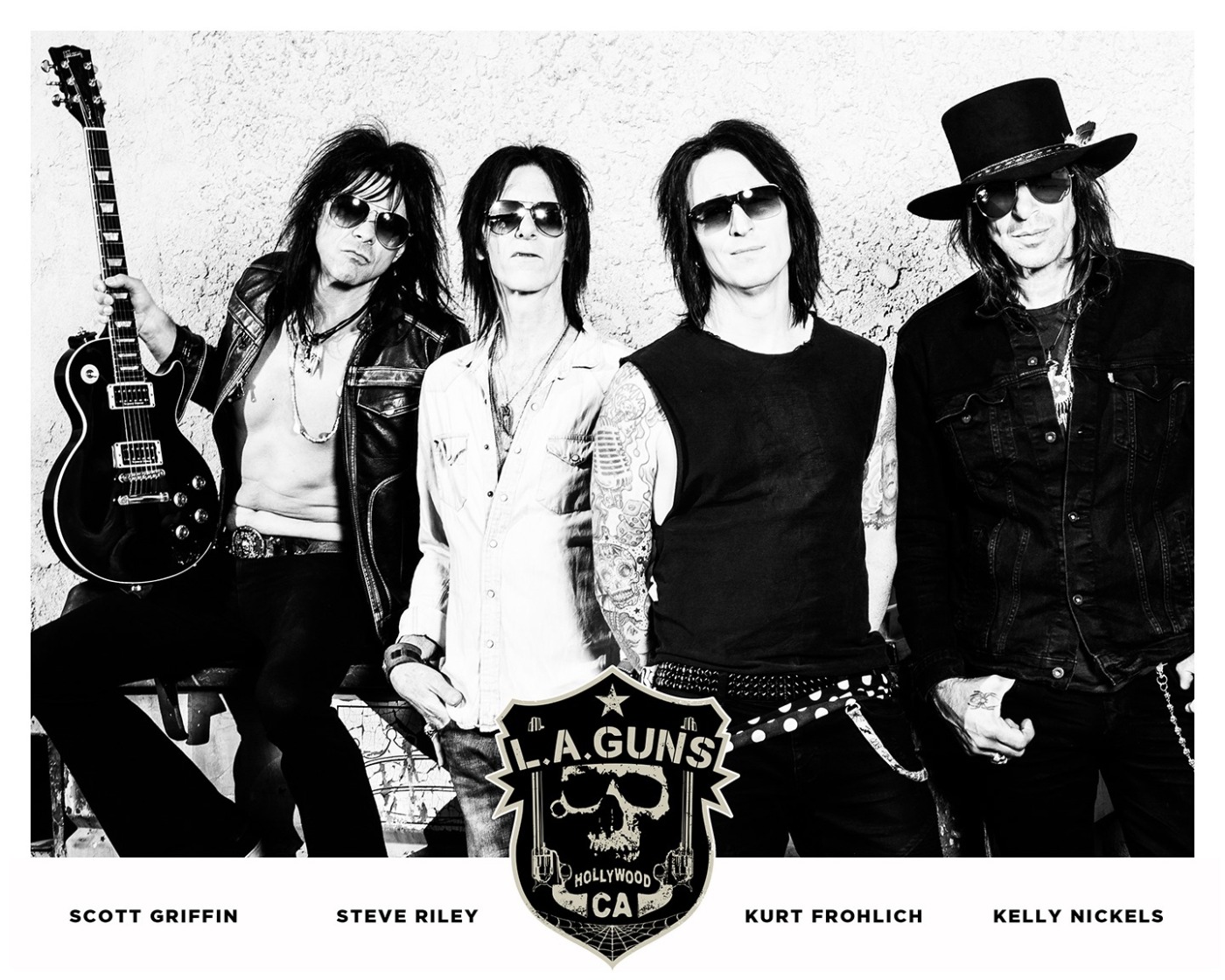 Welcome to Episode #1 of our new interview feature, “Glam Metal Interview Series.” During the next few months, I will be featuring interviews with some of the most influential and innovative musicians of the 80’s hard rock era.

Fans of L.A. Guns will once again be able to follow two different versions of the band. Yes, Rock music can certainly sometimes be a giant soap opera. Things in the L.A. Guns camp got complicated again in 2016. At that time, the band consisted of classic line-up members Phil Lewis (vocalist) and Steve Riley (drummer and co-owner of the band name). Phil Lewis then left that version of the band, and reunited with founding member Tracii Guns (who formed the band in 1983) and started performing under the L.A. Guns moniker. This put Steve Riley in a difficult position.

In 2018, after taking a brief break from the music industry, Riley resurfaced and put together his own version of L.A. Guns. This was initiated and encouraged by the promoter of the M3 Festival, one of the biggest 80’s hard rock festivals in North America.

When putting together a new L.A. Guns, Riley quickly reached out to classic line-up member Kelly Nickels. When Nickels agreed to return, after an almost two decade long retirement from the music industry, former L.A. Guns bassist Scotty Griffin was then recruited, this time as the lead guitarist. Vocalist/guitarist Kurt Frohlick was added to complete the line-up.

This version of L.A. Guns played their very first show together last year (2019) at the M3 Festival. Soon after, they were signed to a record contract from Golden Robot Records. The band released their first single, “Crawl,” on April 20, 2020. A full length record entitled “Renegades,” is scheduled to be released later this year.

During this interview, Nickels discusses his return back to the music industry, what led to him joining the version of L.A. Guns with drummer Steve Riley, a look back at first four L.A. Guns releases and much, much more.