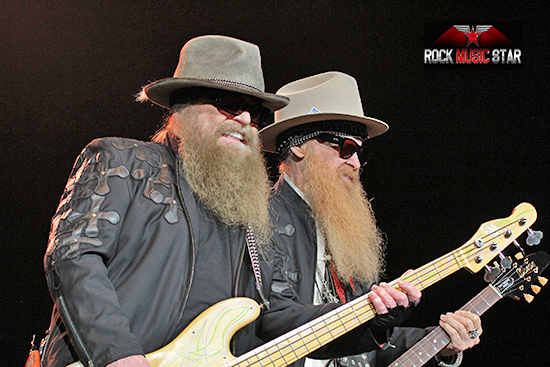 Darien NY – Classic rock legends, ZZ Top (consisting of all three original members – Billy F. Gibbons – guitar/vocals, Dusty Hill – bass/vocals, Frank Beard – drums), returned to the WNY area for what seems to be becoming an annual summer event.  This time around, the “little-‘ol-band from Texas,” which formed in 1969, played in front of approximately 4000, in an amphitheater with the capacity of 21,000.  While there were a few younger people in the audience, the majority of patrons were 45 years of age or older – much older in some cases. 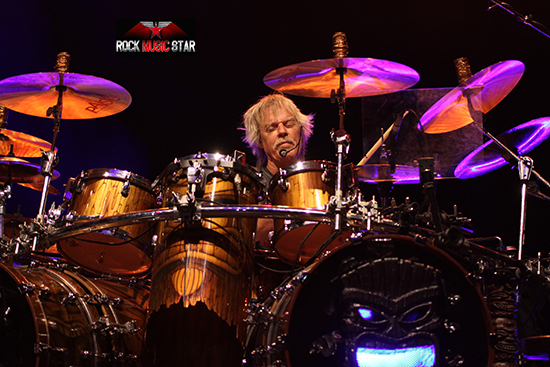 Unfortunately, for ZZ Top, their bare-bones show – which consisted of nothing but the usual concert lighting and some dry ice from time to time (or maybe that was just the smoke from all the weed being smoked by the crowd) – did not translate well in this big arena setting.  Back when ZZ Top did play big arenas, they always had a massive stage show.  But, seeing them at this point in their career, with no stage show, was the equivalent of seeing a vintage ’55 Chevy stuck in the mud on the side of the road.  Although they are still great musicians, their age – coupled with the “no-frills, let the music do the talking” approach – would seem better suited for a casino (like they did last year at the Fallsview Casino), or perhaps in a big, sweaty night club. 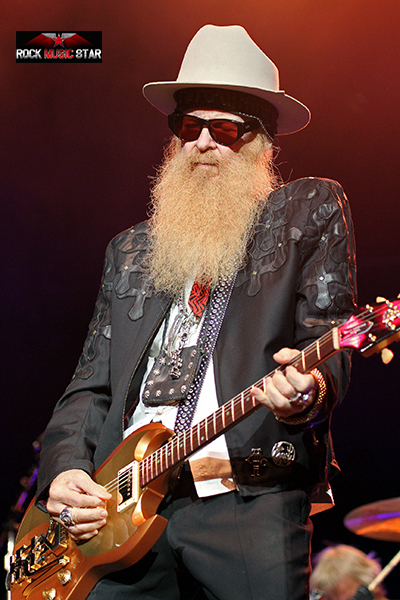 ZZ Top entered the stage at 9:20 pm and played a 16-song set that was almost identical to last summer’s.  The sound in the large amphitheater was not great by any means.  Some of the more important nuances and integrity of the songs were compromised due to the loud and muddled mix.  But, the band played on, giving it their all in trying to recapture the brilliance of their glory days.

Billy F. Gibbons is still a monster on guitar, but, vocally there were some questionable moments.  He seemed to struggle during the song, “Legs.”  Other times, I really wondered if he was truly singing, or just singing to a backing vocal tape.

My apologies, Mr. Gibbons, if you were truly live.

ZZ Top truly is one of greatest bands in the history of rock music – that will never be taken away.  However, time marches on, and maybe this is an opportunity for the band to rethink the way they tour during the twilight years of their career.  They certainly have a few good years left in them, where they can clearly kill it in the casinos and clubs, as opposed to playing to less than 1/4 filled amphitheaters.  Then again, if the money’s there from the promoters to play the bigger arenas, take it and run! 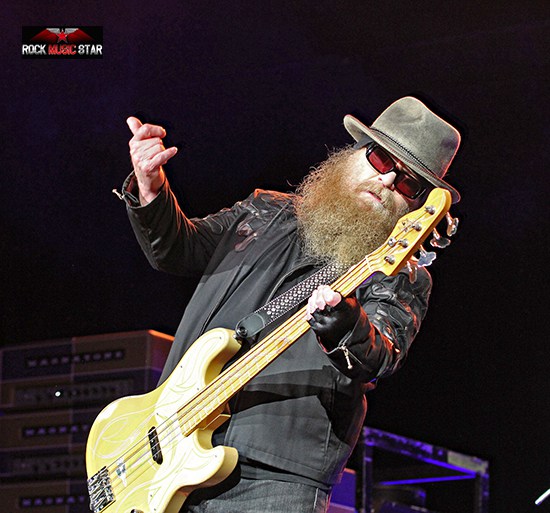