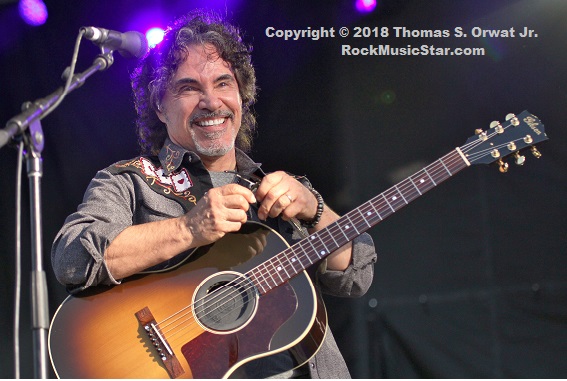 By Thomas S. Orwat Jr. At 70 years old, John Oates, from the 80 million record selling, Rock n' Roll Hall of Fame inducted pop/soul duo - Hall & Oates, has successfully reinvented himself as a solo artist. With the release of his new record, "Arkansas," Oates has passionately returned to his musical roots, performing... END_OF_DOCUMENT_TOKEN_TO_BE_REPLACED

Review/photos - Thomas S. Orwat, Jr.   Niagara Falls, ONT - Over the past few summers, classic rock fans in WNY have been spoiled with dozens of concerts from some of the most iconic bands in rock history.  Last Thursday, the "Rock n' Roll Hall of Fame" Texas trio, ZZ Top, returned to the area... END_OF_DOCUMENT_TOKEN_TO_BE_REPLACED

By Thomas S. Orwat Jr.   Tom Keifer, who is best known as the voice and brains behind multi-platinum, glam-metal band, Cinderella, has been actively touring during the last two decades.  However, due to an ugly lawsuit that Cinderella had with a record label, Keifer had not released any material since 1994.  But, early last... END_OF_DOCUMENT_TOKEN_TO_BE_REPLACED